If you look at a company like Google or Amazon and many others, they do a little bit of device manufacture, but the only reason they do is to create a channel between people and algorithms.

That's a cover for making it easier for big money to have an influence in politics.

But there's another angle to it, which I don't think has been considered as much: They might be people because the Supreme Court said so, but they're essentially algorithms.

If you look at a company like Google or Amazon and many others, they do a little bit of device manufacture, but the only reason they do is to create a channel between people and algorithms.

And the algorithms run on these big cloud computer facilities. The distinction between a corporation and an algorithm is fading. Does that make an algorithm a person? Here we have this interesting confluence between two totally different worlds.

We have the world of money and politics and the so-called conservative Supreme Court, with this other world of what we can call artificial intelligence, which is a movement within the technical culture to find an equivalence between computers and people.

In both cases, there's an intellectual tradition that goes back many decades. 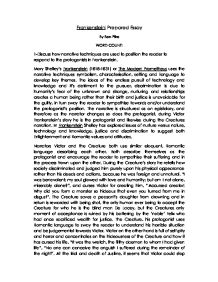 Previously they'd been separated; they'd been worlds apart. Now, suddenly they've been intertwined. The idea that computers are people has a long and storied history.

It goes back to the very origins of computers, and even from before. There's always been a question about whether a program is something alive or not since it intrinsically has some kind of autonomy at the very least, or it wouldn't be a program.

There has been a domineering subculture—that's been the most wealthy, prolific, and influential subculture in the technical world—that for a long time has not only promoted the idea that there's an equivalence between algorithms and life, and certain algorithms and people, but a historical determinism that we're inevitably making computers that will be smarter and better than us and will take over from us.

That mythology, in turn, has spurred a reactionary, perpetual spasm from people who are horrified by what they hear. You'll have a figure say, "The computers will take over the Earth, but that's a good thing, because people had their chance and now we should give it to the machines.

They must be stopped.

Some of them like the idea of the computers taking over, and some of them don't. What I'd like to do here today is propose that the whole basis of the conversation is itself askew, and confuses us, and does real harm to society and to our skills as engineers and scientists.

A good starting point might be the latest round of anxiety about artificial intelligence, which has been stoked by some figures who I respect tremendously, including Stephen Hawking and Elon Musk.

And the reason it's an interesting starting point is that it's one entry point into a knot of issues that can be understood in a lot of different ways, but it might be the right entry point for the moment, because it's the one that's resonating with people.

The usual sequence of thoughts you have here is something like: They're an existential threat, whatever scary language there is. My feeling about that is it's a kind of a non-optimal, silly way of expressing anxiety about where technology is going. The particular thing about it that isn't optimal is the way it talks about an end of human agency.

But it's a call for increased human agency, so in that sense maybe it's functional, but I want to go little deeper in it by proposing that the biggest threat of AI is probably the one that's due to AI not actually existing, to the idea being a fraud, or at least such a poorly constructed idea that it's phony.Turnitin provides instructors with the tools to prevent plagiarism, engage students in the writing process, and provide personalized feedback.

English Studies and Digital Humanities Representations in the English-Speaking World Deadline for proposals: 18 April Representations in the English-Speaking World is the Journal of the CEMRA research group, Grenoble-Alpes University, France. In the last decades, digital Humanities have become ubiquitous both in France and abroad.